…they can happen to you, if you´re young at heart.

Ok, so Prix is only one year old and still young at heart, and he is a cat.

A year ago Mathea and I found him outside our local food store Prix, there for the name Prix. He was only eight weeks old and so tiny. We took him to the vet and he stayed there for two weeks incase someone missed him. But no one did. So he became our and Matheas cat. It was love at first sight. He was the funniest cat ever, he was such a clown and he made Mathea laugh all the time. 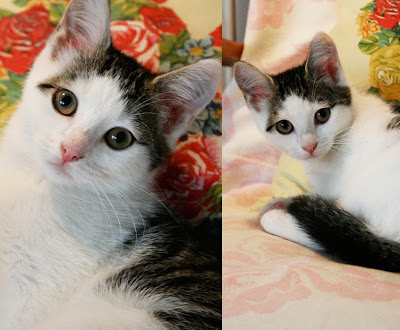 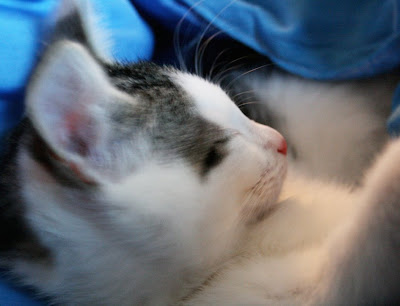 Then after a year he changed. He got angry and we where actually afraid of him. He would attack with out a warning and scratched Mathea badly several times.

We found also out that someone else was feeding him, a couple of old ladies just around the corner had fallen in love with him. He would come every day, at the same time for his treat. They gave him milk and all kinds of food that he seemed to like, the only bad thing was that he turned sick. Poor cat. 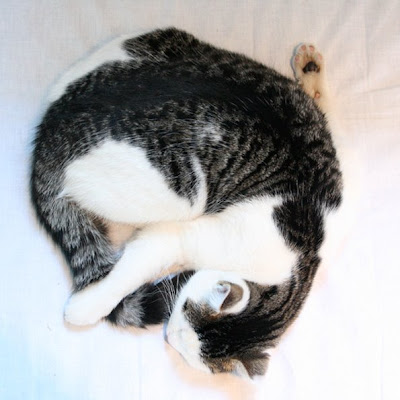 We were just about to take him to the vet for a check, but each time he saw the cage, he run away. And one day he didn’t come back.
I must admit that my husband and I thought that he was really sick and that he had died. Mathea missed him so much and she had this story about Prix moving to Germany. I think she found it comforting, instead of thinking that he was dead.

A week ago Mathea and I sat and looked at old photos, and pictures of Prix as a baby turned up. She cried her brave tears and cuddled up in my lap. We talked about Prix and all the good times we had with him.

The day after, on Friday evening, our neighbor turned up with the newspaper under his arm. He showed a picture to Mathea and said: “ Do you know him?”

And Mathea screamed: “It’s Prix! Prix is in the paper!” 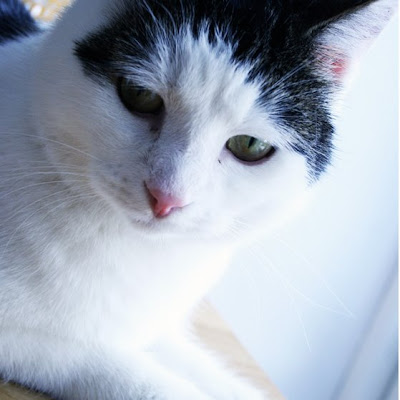 Someone had noticed that a group of kids had been mean to him, kicked and thrown things after him. The lady thought now one owned him and turned him in to “ Save the Animals”, a place for banded cats. So now he needed a new home.

We had been missed him for five weeks. When we got him back he was healthy, got an ID-chip and was the good old (young) cat that we remember. We are so glad and Mathea is so happy that Prix found his way home from Germany! 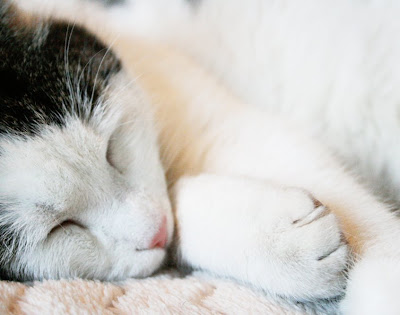 I had to share this story with you because it made our Christmas even Christmassier!

16 Responses to “FARYTALES CAN COME TRUE…” 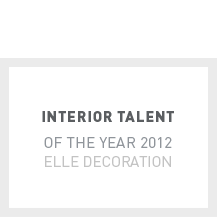